​The ctenophores are among the most varied of the modern aerial fauna. They are distinct from typical marine ctenophores in that the mouth opening is connected both to the stomach, and to a large rear orifice. This allows them to inflate their bodies with air and force it out rearward to provide a burst of speed, sometimes blindingly fast. Additional to this, they are also propelled by the bands of cilia that cover their bodies, which beat back and forth like tiny oars. Their flesh is imbued with many tiny pockets of lighter-than air gas, which serves to keep them aloft. Most members of this group have organs that produce light, usually this will serve to startle predators or attract smaller prey items within reach.

There are quite a variety of diets in this group, many are photosynthesizers which have a green-pall to their flesh, but there are also predatory forms, some of which engulf prey, others having trailing tentacles to snag food.

This mid-sized aerial ctenophore reaches about 8 meters across, and is most often seen at night. It is able to alter the opacity of its body, from clear, to opaque and reflective. They can move quite quickly, with their flight resembling a skimming stone. Saucer-creatures are very commonly mistaken for UFOs or “flying saucers”. This form is most often native to the lower stratosphere.

This species is quite small, only about a meter long. Usually they are invisible to the naked eye, as they can alter the opacity of their body. All that is seen is a shimmer in the air as they move, but they can be detected by radar. Gizmos cam move incredibly fast when they have to, thanks to how they are able to shunt air through their bodies.

Lozenges can move extremely fast, and are able to change the shape of their bodies as they move. When increasing in speed they become more sleek and bullet-like. As with all aerial ctenophores, propulsion is achieved via the cilia, and by shunting air through the body cavity. It is assumed that they are active predators of the mid stratosphere. 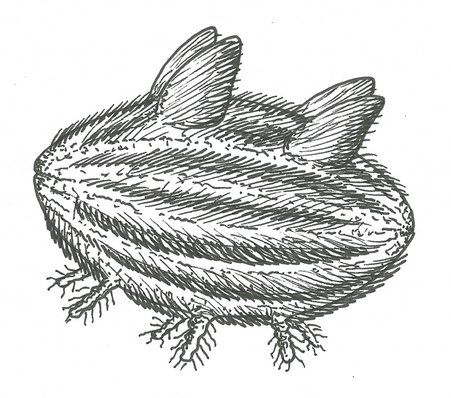 Appearing like a bright orange hairy balloon, about 2 meters long. The Dijiang is ascribed a great deal of significance in Chinese folklore, usually when it wanders to the earth’s surface from the lower stratosphere. It possesses 2 pairs of wing like rudders and 6 tentacles; it preys mostly on critters which move more slowly than it does. 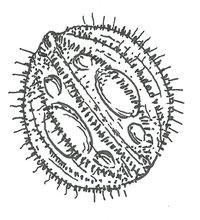 Dwelling in the lower stratosphere, Foo Fighters are small, fast moving ctenophores some 20 to 30 centimeters across. Feeding mainly on aeroplankton, they are able to move about very quickly and erratically. They produce intense white or red light, when alarmed. Some of the most widely spotted aerial fauna, they caused a great deal of confusion when first spotted during the second world war. 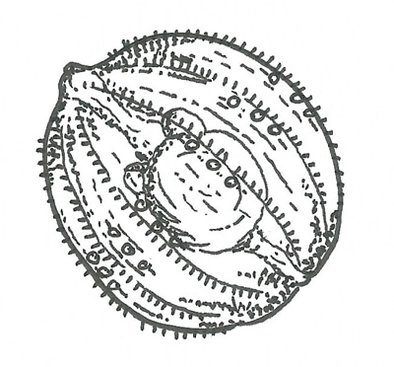 Spherical ctenophores about 3 meters wide, this species often flies in formation while producing extremely bright lights. The purpose of this behaviour is unknown, but is often misreported by witnesses as squadrons of alien spacecraft. 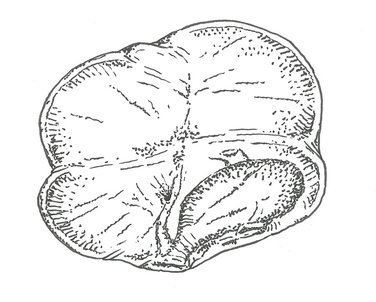 Source: Sighted in New York State by Tom D’Ercole, in the summer of 1975.

This unusual ctenophore has only been sighted once, close to the ground, but it is assumed that it mainly lives in the middle stratosphere. It has a nebulous, opaque body, and is able to fill a large sac on its interior with water. This water can be spat as a bluff to startle predators, or possible to immobilise prey.

Orbs are one of the very few aerial organisms that is specialised to live at ground level permanently. These tiny creatures are only about as large as a marble or bead, and are generally invisible to the naked eye. This is because they move extremely fast, and can change the opacity of their bodies. Orbs are only ever seen by humans when they are caught in photographs. Orbs feed mainly by photosynthesizing. 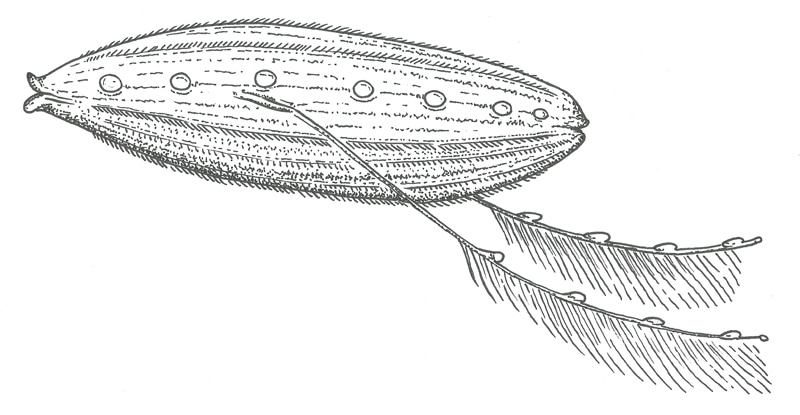 The Cigar is a large predatory ctenophore about 20 meters long. It has numerous light-emitting organs on its body which serve to attract aeroplankton and other small critters, to be snagged by its 2 feeding tentacles. Understandably, with its large lateral lights appearing like portholes, it was mistaken for an alien spacecraft. 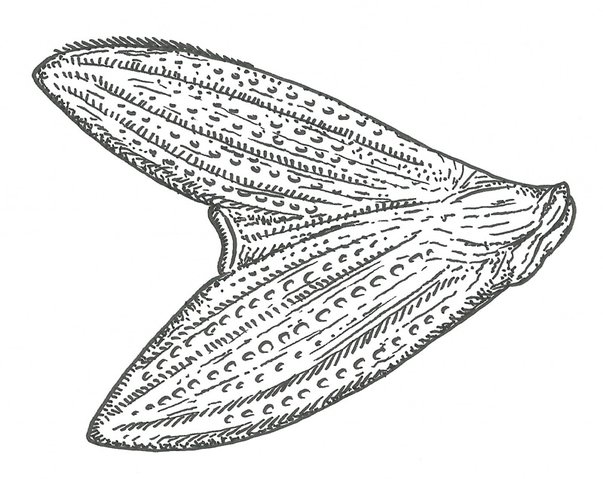 The largest aerial ctenophore is the big wing, measuring 90 meters across. It is studded with lines of light-emitting organs of various colours, and usually moves quite slowly through the air, mostly using its cilia. Usually they photosynthesize by day in order to feed, but their large mouth also enables them to engulf large prey or floating carrion, if the opportunity arises. Big Wings are frequently mistaken for alien craft or UFOs, but are usually only found in the mid stratosphere. 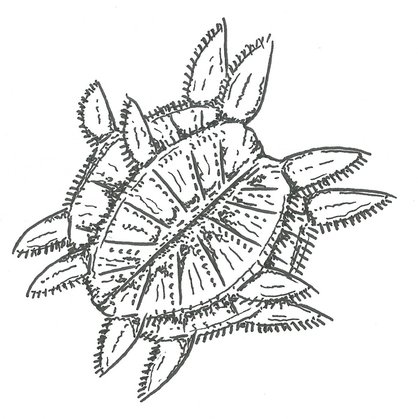 Glowing bright orange by night, and flapping its array of wing-like fins, this critter was mistaken for an angel by the ancient Israelites. It is a predator, whose glow usually serves to attract smaller prey, though it can create a bright flash to confuse potential predators. Usually they grow to a maximum of 4 meters long. 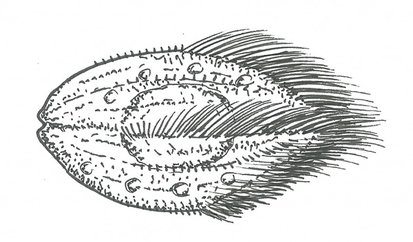 In Japanese myth, these creatures are shown as flying heads engulfed in flames. In reality this is a small aerial ctenophore whose rather long cilia do look somewhat like hair, and which produces a flaming orange flash when alarmed. 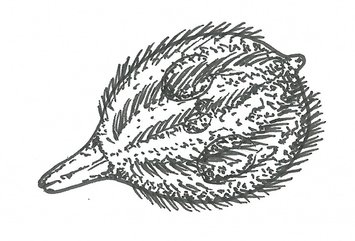 This spherical ctenophore reaches about 5 meters across, and has a small proboscis-like mouth that can be extruded and retracted. It has fairly long cilia, and consistently emits a strong, white light. 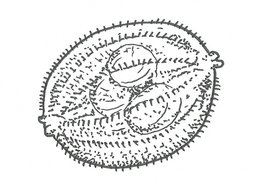 Will-o-wisp are larger relatives of the orbs, and like them, they live entirely at surface level. Generally this species is most often found in remote areas, often far afield in the country or around bogs and marshes. They produce a large point of white light, and move erratically, resulting in many travellers’ tales of them leading folk astray. 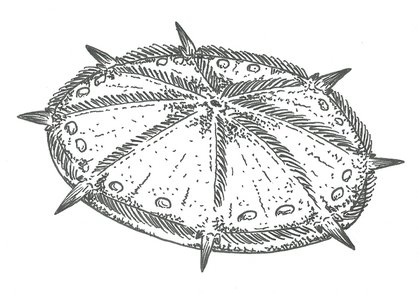 A very fierce sight, this ctenophore reaches about 7 feet across, and produces a bright red, flaming light. It possesses large spines along its side which serve to defend it from larger predators, it is found mostly in the mid stratosphere. When irritated or started, it moves in an erratic spinning pattern.