​One unusual group of aerial organisms is the pseudoinsecta, predatory arthropods descended from primitive chelicerates. Many of these forms have large wings, and fiercely clawed limbs, with which they pursue and rip apart their prey. Though some appear vaguely humanoid, this is an illusion created by the fact that most only have 2 pairs of functioning limbs other than their wings.

Usually these creatures are found in the mid and upper stratosphere, where they soar constantly on their large membranous wings. At the first sign of any suitable prey, they swoop down and grapple onto it, ripping off large chunks with their formidable claws. These formidable beats are inquisitive, and have been known to stray down to ground level on occasion. Inevitably in such cases, they become frightened and erratic, and tend to seek refuge in chimneys, caves or even under furniture. Such odd encounters invariably contribute to folklore, with the beasts being misreported as monstrous beings or even demons.

The respiratory apparatus of pseudoinsecta varies considerably. The more primitive kinds have book lungs or gills much like a prawn or scorpion, but some larger kinds have developed more active respiratory systems. 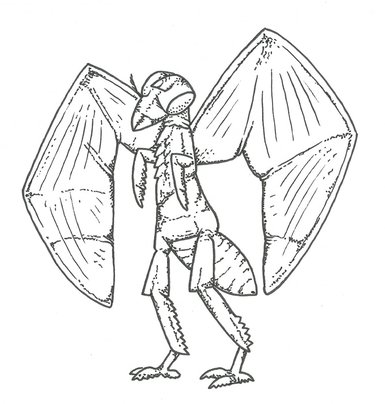 These large flying beasts can reach a wingspan of 3.5 meters, and are most at home soaring in the lower stratosphere. They possess a light-emitting organ on their head, which mainly serves to let them communicate during the mating season. Usually they feed on mid sized, slower moving critters, which they seize with their large claws. When one was sighted at ground level, it caused a considerable panic. 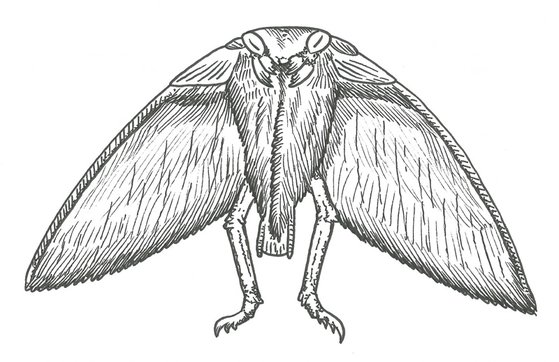 Though they are most commonly found in the upper troposphere, this species is unusual in being able to survive quite well at ground level. Mothmen themselves are commonly sighted in West Virginia, where they seemingly congregate for hitherto unknown reasons. These sightings have had mythical and prophetic significance attributed to them by a large portion of society. 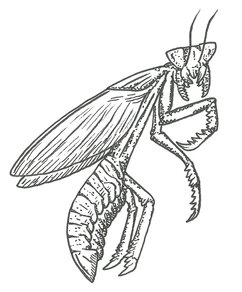 Source: Commonly implicated in the folklore of pilots.

Gremlins commonly live in the upper troposphere and lower stratosphere, where they tend to be scavengers. But unusually for critters, they have taken an interest in passing aeroplanes. They have been implicated countless times for crawling under the chassis of planes and causing malfunctions, presumably because they enjoy chewing wires and other metallic components. 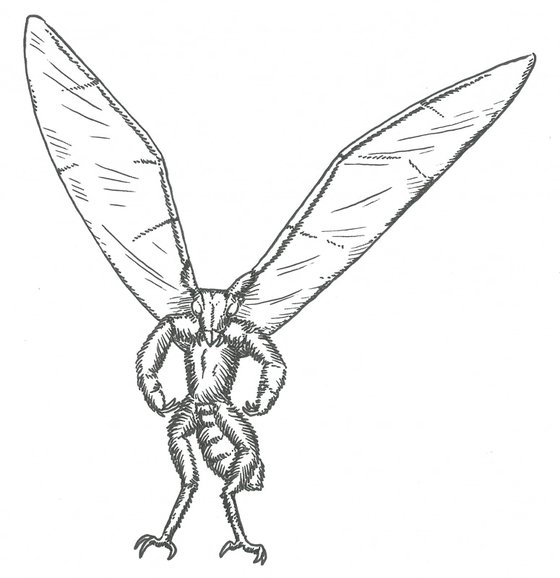 Batsquatch are one of the more intimidating of the pseudoinsecta, causing a stir when sighted at ground level. Standing over 2.5 meters tall, and being covered in blue fur, they certainly stand out. But usually they hawk and soar through the stratosphere in search of critters meaty enough to satisfy their hunger. Their wingspan can reach as much as 5.5 meters across. 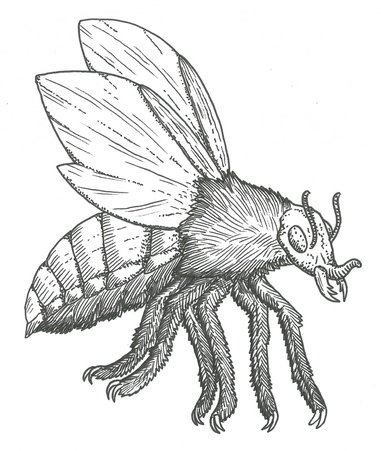 These critters resemble nothing more than a huge fly the size of a dog, to the casual observer. But they are actually a species of critter more commonly found in the mid stratosphere, where they most commonly prey on air jellies. Encounters with these critters on the surface have been attributed to awful demons. However, Beelzebub are only dangerous if started, and even then, the worst outcome would be a heavy scratch. 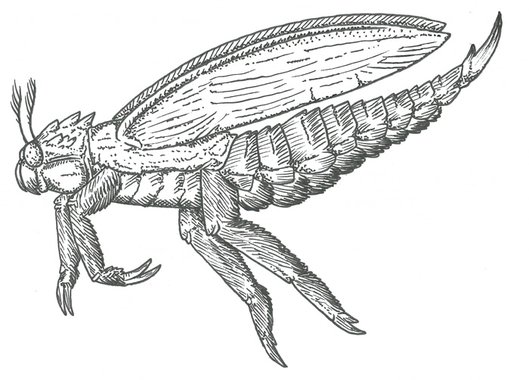 Source: Book of revelations, the bible.

These human-sized critters are somewhat alarming in appearance, being an apparent mix of horse, locust and scorpion. Though they are can be dangerous when encountered at ground level, this is usually because they are panicked or agitated. Their natural habitat is the upper troposphere, where they prey on mid-sized sky jellies, sometimes even ones bigger than themselves.

Resembling a smaller version of the mothman, the owlman has large pincer-like feet, which it commonly uses to catch skyfish, their main prey in the lower stratosphere. When seen at ground level, they may be mistaken for owls.

This unusual critter usually inhabits the mid stratosphere, where it chases smaller aerial fauna. It apparently often shadows large critters, catching the smaller critters that hide in their shade. 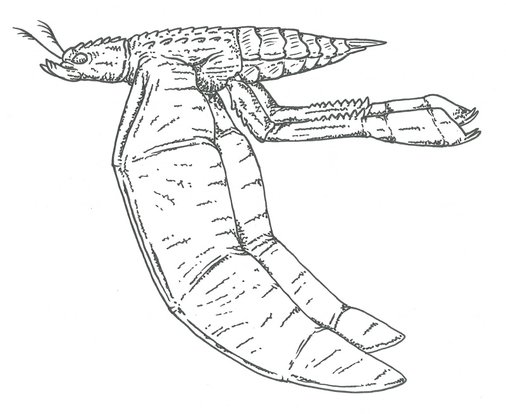 This large pseudoinsecta has black, leathery outer coverings, and appear to be swimming as they fly, beating both their wings and large paddle-shaped feet in unison. They are most often found in the upper stratosphere, where they soar in search of mid and large-sized prey such as air jellies and even aerial molluscs. Coney Manbats reach an average wingspan of 3.5 meters. 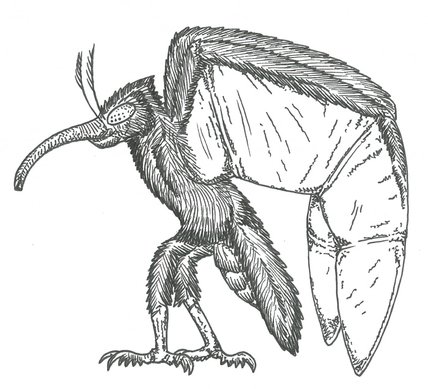 Source: Sighted by the Ivanitsky family, in the early 1990’s, Russia.

With a wingspan of only 2 meters, this critter is fairly small. In its natural habitat it searches for large sky jellies, attaches to them, and drinks their juices with its extendable mosquito-like snout. When encountered at ground level, they are generally shy and skittish, tending to hide around any available shelter. It is able to distend its stomach to accommodate large amounts of liquid, but can also inflate the stomach as a threat display. 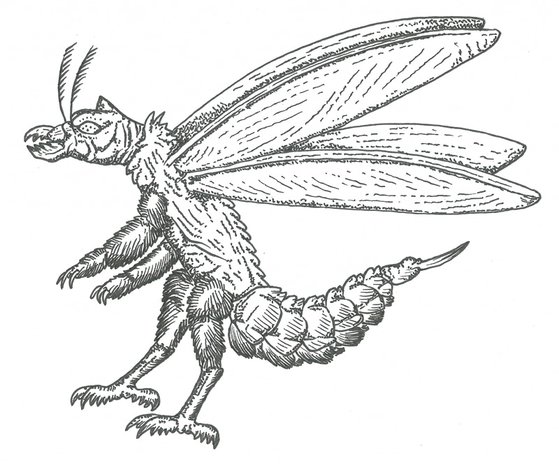 Like Beelzebub, the Pazuzu has been labelled as a demon when seen at ground level. Certainly intimidating to look at, it possesses large claws and powerful mandibles. Usually it is found in the mid stratosphere, where it preys on any other large critter it can overpower, even other pseudoinsecta. 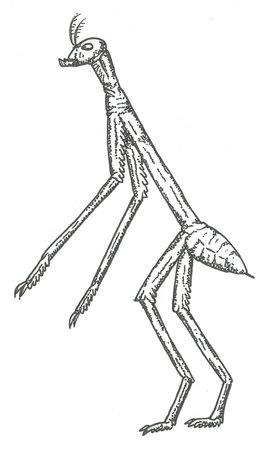 The stickman is one of the few pseudoinsecta to have successfully colonised the surface. Mostly found in certain areas of Europe, they are most active at night, and are often mistaken for people’s shadows. They are omnivorous, eating anything they can find. As with most surface-dwelling aerial fauna, their numbers are low and sparsely distributed.

Fairies are by far the most successful of the surface-dwelling pseudoinsecta. They are most common in remote, well vegetated areas. Generally they are able to fly so fast when alarmed, that most people are unable to see them clearly. Their diet consists of small insects, as well as the nectar from flowers. Fairies have been by far the most distorted by folklore, often being portrayed as tiny winged humans, despite only bearing a passing resemblance when viewed at close range. Fairies make a high-pitched hum when agitated or distressed. 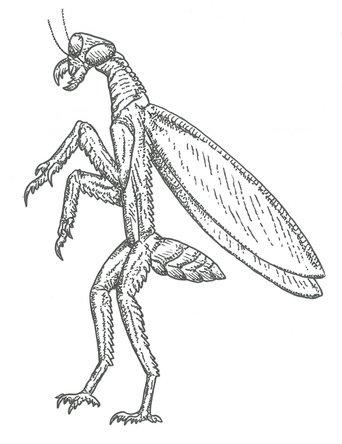 These pseudoinsecta inhabit the surface world, but being able to fly, they can migrate from place to place. As a result, they are fairly widely distributed, though their populations are low and fragmented. Being powerful predators, over two meters tall; they usually prey on smaller animals and even fish. When sighted they usually illicit frightened response, partly because they produce a high pitched humming noise that irritates the ears.
hum when agitated or distressed. 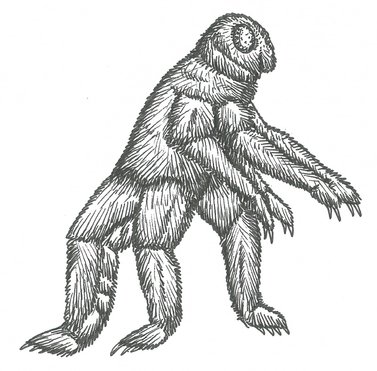 Source: Sighted in Vizcaya, Spain, by Arimedes Sanchez, in 1961.

This large, hairy pseudoinsect has a total of six limbs, and a large false limb which is actually its tail. For it to have retained so many limbs, it may have descended from a primitive kind of pseudoinsect millions of years ago. Generally shy, Octosquatch prefer to take refuge in forests or large thickets of vegetation, its diet and distribution are currently little known. 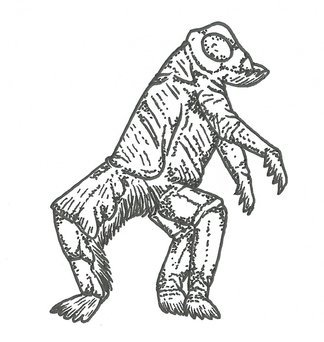 Sharing an ancestor with the Octosquatch, this critter reaches about 1.5 meters in height, and appears to have 3 hind legs, the rearmost leg being a modified tail. A nocturnal predator, it can run very fast on its array of hind limbs, and has very large eyes which reflect red when light is shone into them. When sighted this creature can be dangerous, and has been known to attack people. 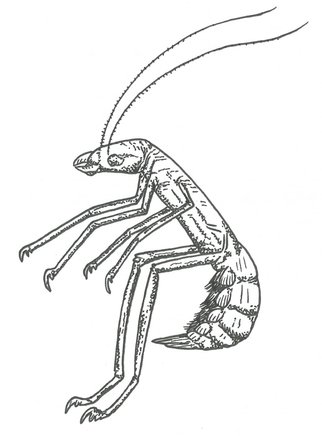 Source: First sighted in Bremerton, Washington, in 1948 by Virginia Staples.

This large, surface-dwelling pseudoinsect is relatively primitive in retaining 3 pairs of legs. Octosquatch and Enfield Horrors may be descended from primitive surface colonists such as this. These “shrimp” have a preference for sheltered caves and caverns, but will shelter in basements given the opportunity. 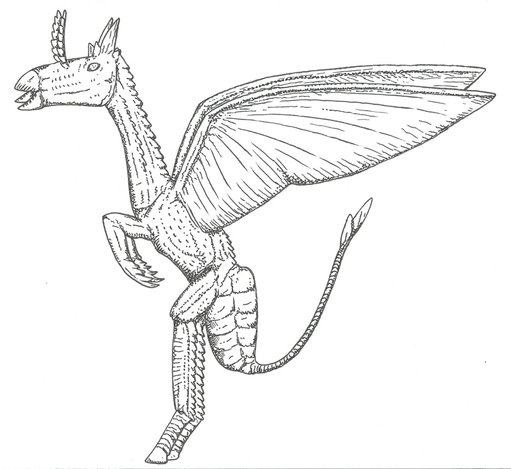 Like the mothman, the Jersey Devil appears to be a kind of sky critter that can become comfortable on the surface if it needs to. As with some other pseudoinsecta, it partly resembles a demon or devil, purely by coincidence. This creature’s habitat appears to be the upper troposphere, where it chases and consumes small sky jellies, though at ground level it happily consumes carrion and small animals. 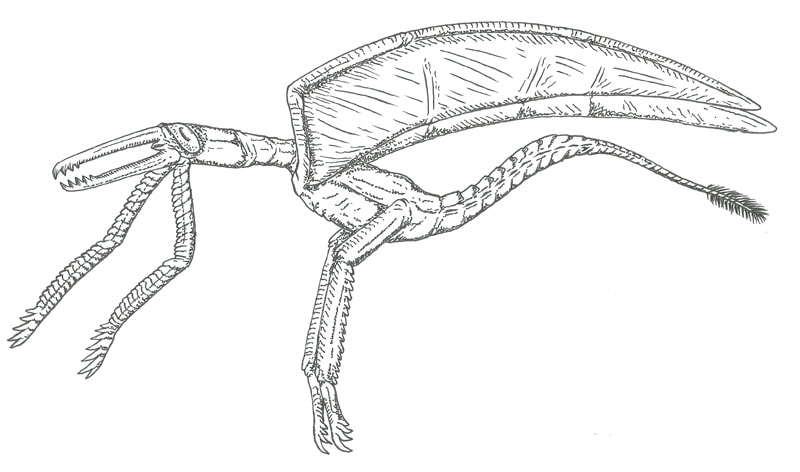 This large flying critter is an active predator, possessing large claw-like tentacles and massive biting, beak-like mandibles. It is most commonly found in the mid stratosphere, where it preys on any critter that it can overpower. With a wingspan of 10 meters, it was commonly mistaken for a dragon or pterodactyl when first sighted at ground level. A considerable amount of urban myth has built up since these initial sightings, though this creature is not known to have returned. 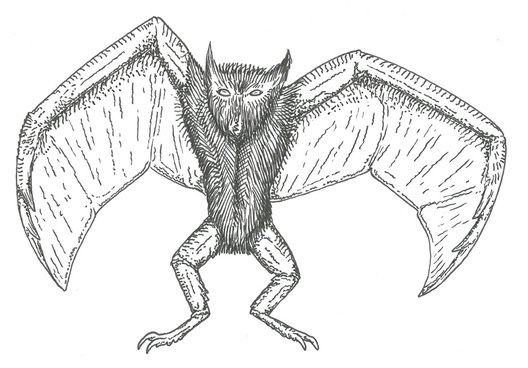 Source: Sighted in Chile, by a man named Ignacio on September 9 2013.

The manta man appears much like the mothman, but is only known from one sighting. As such, it may less comfortable at surface level, and less prone to wander down here. Its typical habitat is the lower stratosphere, where it soars and hawks for small prey, mainly skyfish.