​The annelids or worms, initially colonised the skies as predators of the ancestral sky-jellies. But now they take on an array of forms, from large predators to small darting fish-like sky-swimmers.

As with most critters, their flesh is permeated by gas pockets that buoy them up, but they also have bubble-like gas-bladders lining their backs. They move through the air by undulating their bodies, and in some cases also beating muscular pseudopodia like oars. Generally they are predatory, some feed on larger prey, while smaller kinds consume aeroplankton or other small critters.

Aerial annelids are all descended from some kind of ancestral polychaete worm, as is evidenced by their large mouthparts, limb-like pseudopods and coats of hair-like fibers. Most often they are found in the lower stratosphere, though some may stray to ground level during disturbances in the weather.

Fire Drakes are extremely elongate, reaching up to 40 meters long. By day they appear greyish, but by night they are illuminated with a red light, causing them to be called “fire drakes”. They undulate gracefully through the air as if swimming, most often they prey passively floating critters which are slower than they are.

This aerial annelid appears like a dark-coloured pencil shape suspended in the air, reaching up to 20 meters long. It moves without undulation, propelled by beating the pseudopodia along its sides. It is assumed that it is an ambush predator of smaller critters.

Often mistaken for a fiery comet when sighted, the Cherufe is very large at up to 30 meters long, also being quite thick in circumference. Generally only seen at night, it emits an intense red light that may serve to attract prey. Cherufe range throughout the stratosphere.

Reaching only 3 feet long, skyfish are very common throughout the stratosphere, where they form a significant part of the food chain. They very seldom stray far from this level, and as such relatively few have been seen at ground level. Their main food is aeroplankton and smaller critters. 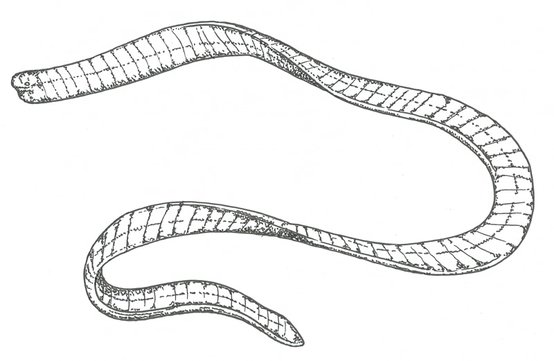 Appearing like a band of cloth some 9 meters long, the Ittan-momen is an active predator which captures prey by constriction. Usually found in the lower stratosphere, individuals sighted at ground level are usually irritable and prone to attack. 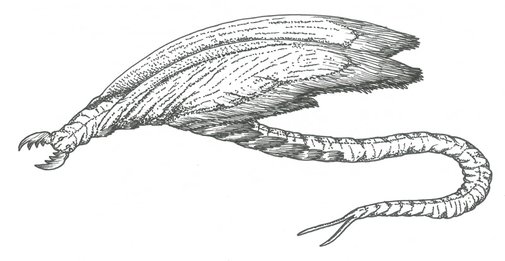 One of the more active aerial annelids, the Amphiptere possesses large pseudopods that resemble a pair of wings (wingspan averages 3 feet). Amphipteres are active predators that travel in groups, pursuing and seizing other critters before tearing them apart. Unusually, they are able to survive at ground level somewhat longer than other species, and have contributed to the mythology of dragons.